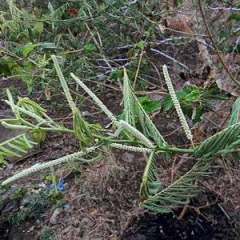 A natural gum sourced from hardened sap of various species of acacia tree used as a binder and emulsifier. 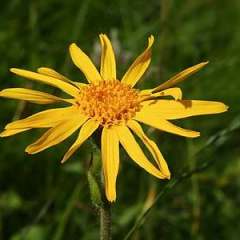 Used as an anti-inflammatory and for osteoarthritis. The US Food and Drug Administration has classified Arnica montana as an unsafe herb because of its toxicity. It should not be taken orally or applied to broken skin where absorption can occur. 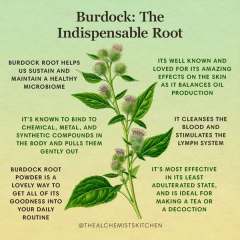 I’m usually found in pastures and hayfields, I can be grown as a vegetable too. Though I’m regarded as a weed in the United States, I am cultivated for my edible root in Asia. My fruits are round burrs that stick to clothing and fur.

During the first year I produce only a rosette of large leaves from a long tapering root. My stem is round, fleshy, and much branched and bears very large leaves, my lower ones frequently measuring 18 inches in length.

I am a large plant with big, broad leaves with a subtle whitish-pink striped stem running through the middle. In the Spring, I produce spiky purple flowers in the shape of orbs, similar to thistles. I send up a big shoot, many smaller shoots, and flowers in my second year to reproduce.

I can be found throughout most of the United States. I grow along roadsides and ditch banks, and in pastures and waste areas. I generally prefer moist, nitrogen-rich soils, but I will grow in a variety of soils.

My roots are also known as gobo, and is popular in Asian dishes. I work very well in stir fries, braises, and soups. My roots can also be peeled, sliced and eaten raw out of hand or on a salad. I resemble a radish with a slight artichoke flavor when eaten this way.

The best time to harvest my roots is after the first hard frost of the year, as plants send their energy and nutrients down to the roots to store over the winter.
Use caution when harvesting, be sure there isn’t any pesticide usage or roadside runoff that could contaminate the plant and its roots.

• If you’re allergic to chrysanthemums or daisies, you may be at an increased risk of having an allergic reaction to burdock root and should avoid it. 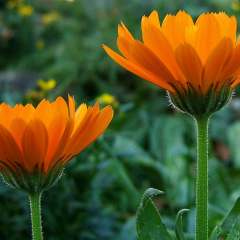 Also named calendula, has a long history of use in treating wounds and soothing skin. 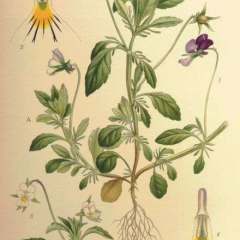 It has been introduced into North America, where it has spread. It is the progenitor of the cultivated pansy, and is therefore sometimes called wild pansy; before the cultivated pansies were developed, “pansy” was an alternative name for the wild form. It can produce up to 50 seeds at a time. The flowers can be purple, blue, yellow or white.

© 2022 Amanda Bird | Made with Love by Salt Spring Design